We are delighted to announce that BPET CEO, Mark Greatrex, has been accepted the invitation from The New Schools Network to become a founding member of their new Free School Leader Network (FSLN).

The role of the FSLN is as follows  below and the invitation acknowledges Mark’s success at BPET, who in the five years as CEO has seen four of the seven original FREE schools open and in the last academic year transition Evendons Free Primary School, Wokingham into the Trust. As an organisation three of the eight schools are graded Outstanding by Ofsted, with the remaining four all graded Good. 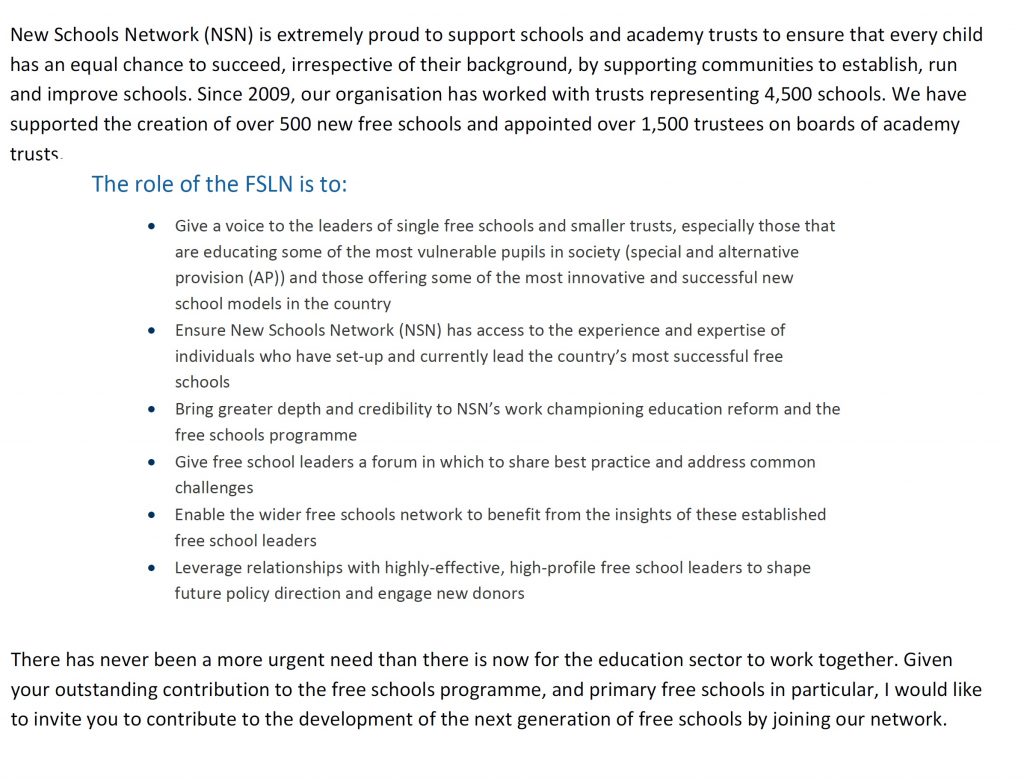